In The Road From Nobody series I explained the benefits of using Twitter. But I didn’t say much on how to write great tweets. This is something that I’m still learning from others.

I don’t usually retweet others tweets, for a few reasons:

So there needs to be a special reason for me to retweet. I would like to show some examples from the last month that I did retweet and explain why I think they are particularly good. My hope is that this will help you and me to create more popular tweets as well.

This tweet by Richard Dalton gave me the idea for this post. It has a number of different qualities that I admire:

A great tweet provides a link of genuine value to readers. This is a useful link timed to perfection – This was tweeted within hours of the video being published.

Richard understands that he is speaking to the C# community, talks directly to them and starts with a compliment, praising them for their own interest. Then he offers something else that may be of significant value to them.

Some functional programmers might not like me describing F# as an underdog language. This is certainly much less the case than it was a year ago, it’s fast growing in popularity and may be even heading towards being in the Top 10 programming languages.

Not self promoting or directly marketing

Here’s Richard is not advertising his own product or service. He’s just promoting something he think is worthwhile. However instead of clicking on the link it made me want to go to Dev Joy instead to find out who this guy is and what else he could teach me.
When it comes to tweeting, as with much else in life, less is often more.

Not too many hashtags

Common advice from many self-proclaimed social media experts is that you need to keep using hashtags to reach a broader audience. A great tweet doesn’t need many hashtags and often doesn’t need any. There are no hashtags in this one, and none of the other examples in this article have more than one of them.

Hashtags will result in more Twitter users seeing your tweet, but it could result in fewer users actually reading your tweet. How many people fully read every single tweet? Not many! As a Twitter user, it’s pretty much essential to develop good skim reading skills, and filter out all of the junk tweets before you waste significant time reading them. A load of hashtags in one tweet just looks like spam marketing.

If you can write a really engaging or thought provoking tweet, it will get retweeted out to a large audience without the aid of any hash tags.

Allow the reader to fill in the blanks

Above is a wildly popular tweet from Vala Afshar. There is no need to explain the cost of a meeting; he understands his audience is smart enough to work this out for themselves. Giving the reader something to think about is much more rewarding for them than just preaching a message outright.

He is also careful not to offend or be overly presumptuous of his readers, adding the word “likely”. The quote marks imply this tweet may a quotation of someone else. If this is true and you know who, please let me know who so I can give appropriate attribution. 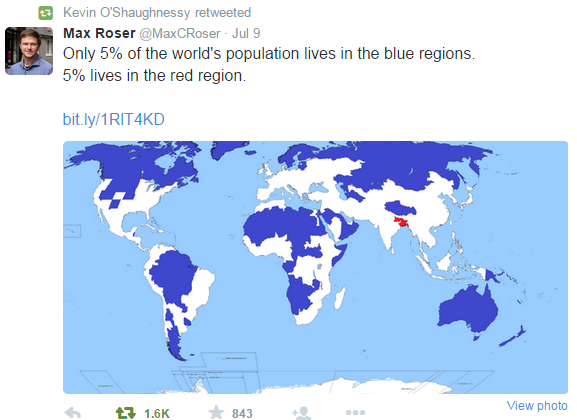 If you can tell your audience something that not just didn’t know, but actually makes them think “Wow, that’s amazing!” then you have a sure fire hit.

This tweet from Justin demonstrates that he is quite the poet. This tweet shows the very quality that he is advocating here: turning complexity into simplicity.

Championing the great and the good

Many developers are justifiably proud of the success of JavaScript. It’s gone from being an underdog, to being the dominant language. This is despite of several shortcomings in the language (ES6 has addressed some but not all of them) and is quite a lot to do with the fantastic work done by the open source community.

This tweet is also another example the other qualities we have just discussed: it understands that the audience knows what JavaScript is, it’s a valuable link, in this case written by the author but not directly trying to sell anything, there’s only one hashtag, it encourages the reader to spend time processing the information (in the image), its arguably an incredible fact, and it’s expressed simply.

Measuring programmer productivity is impossible. The most effective programming is thinking, but nobody looks busy when they're thinking.

I don’t consider this to be as good as the other examples I’ve given, but I’ve decided to include this because it taught me another important lesson today. As an experiment I decided to tweet the corollary of exactly the same point:

Measuring programmer productivity is impossible. The most busy looking programmers write thousands of lines with hardly any thought.

Nowhere near as popular! So if they are both making essentially the same point, why such a big difference? Here’s my theory:

The first tweet is supporting developers who are more productive than they appear to be. It’s fighting their corner for them.

The second tweet is criticizing developers who are less productive than they appear to be.
It’s a violation of the first Fundamental Technique in handling people: Never criticize.

In my experience, all of the principles in the above link are more effective than just about any other advice.

So whenever anyone asks me if I know any good books on social marketing, I say: 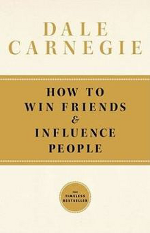 I now want to hear from you!