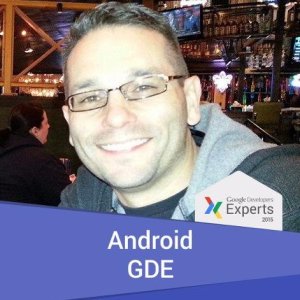 Larry Schiefer is the CTO and co-founder of HiQES, a mobile, embedded, and application development service company. Larry has over 16 years of experience leading teams, and designing and developing high performance and robust software, and is a Google GDE.

I am new to Android and modern Java development and initially found Android Studio to be quite a large and complex IDE to learn.

I found plenty of forums with various bits and pieces of information, but I felt that I was only picking up patches of knowledge I didn’t have a good understanding of what the most essential concepts were or how the different pieces fitted into the overall picture.

So I was glad to see that Larry has produced this course to make getting started with this programming environment a lot easier.

Larry starts by explaining the goal of this course: to make you an effective Android developer!

There is content here both for beginners and more experienced Android developers who want to transition from older Eclipse ADT-based tools.

Some of the things that Larry teaches us in this clip are:

If some of these terms are unfamiliar, Larry describes them for you here.

At the time of writing, the latest version of Android Studio is v2.1

Comparison of Eclipse and IntelliJ

Android Studio is based on the IntelliJ IDE.

Larry provides an overview of the difference between the two most popular Java based IDEs.

Eclipse and Android Studio use different terms to mean the same thing. For example a Workspace in Eclipse is the same as a Project in IntelliJ/Android Studio.

Larry describes several other terms and what they mean.

If you need to install Android Studio on a Mac, you can use this guide

We learn that these are very similar to Eclipse/ADT requirements.

Larry explains that additional software needs to be installed on your machine, such as Windows updates and the Java JDK

This video clip is a bit out of date now because Android Studio is no longer an Early Access Preview, but the installation process is mostly the same today.

I did not see any Canary updates offered to me, and I think this is due to Android Studio now being a stable mainstream product.

Larry says that it is usually a good idea to update, but there are some issues to be aware of

Again I don’t think this clip is entirely relevant any more because updates aren’t still getting pushed out as regularly as Larry describes here.

This module covers the exporting of an existing Eclipse ADT project

Larry explains that there is an ADT plugin which includes the ability to export existing projects for Gradle-based builds. We warns that this is not the best long term option however.

We also learn the ADT provide export functionality is no longer needed, as we can now directly import Eclipse projects.

Larry demonstrates the ADT plugin approach in this clip.

Larry ends with a brief discussion of using these projects in Git.

It’s nearly time to go full throttle, but first we learn some additional options to tweak.

Larry shows how to change the theme to Darcula.

I found that this change no longer requires Android Studio to be restarted.

Larry also discusses several of the changes that you can make to the Editor Settings, including the Smart Keys and Colors & Fonts sections which are found by using the General drop down.

The SDK Manager provides us with a UI driven mechanism for maintaining our SDK components.
It also has a command line option, but this is not covered in this clip.

Larry demonstrates the User Interface: how to load it, understanding all of the form elements and what they tell you about your settings, and installing new packages.

I found that the welcome screen has changed a lot since this course was recorded, but you can find SDK manager via the Configure drop down, and then clicking Launch Standalone SDK Manager

Larry highlights several important packages and explains what they mean.

Here is the Android Developer Dashboard page,  which shows the current breakdown of usage of different Android versions.

We hear that the repository package is a local Maven repository used by Android Studio, and that we will learn more about that in the Maven module later in the course.

Larry also explains the importance of installing Intel HAXM and how to do that.

Next, we see the Manage Add-on Sites item which is found under the Tools menu

I could not find a TextSwitcher sample project in version 2.1 of Android Studio using the technique that Larry shows, but I did a search for TextSwitcher and found a Java file at

I discovered that the Android Studio v2.1 welcome screen shows the option “Import an Android code sample” and this is easier than finding and copying across files. The TextSwitcher is found in the Ui dropdown list.

Further instructions on sameples can also be found here: http://developer.android.com/samples/index.html

The AVD Manager is another key component of our debug system.

Larry takes us through the Device Definitions tab, and briefly looks at how to create our own device definitions, but says we should not normally need to do this.

We then see how to create a new Android Virtual Device.

Your Android Virtual Devices are located under the users directory for the operating system, e.g. C:\USers\Schiefer\.android\avd

The Android SDK is available in 3 different forms:

Larry highlights that each of these is a separate installation, so you could end up with multiple installations of the SDK on your machine.

We then see a tour of the various files and directories that were installed to C:\Program Files (x86)\android\android-studio\sdk

These seem to have changed at some point between release 19 and release 23 because it was not found in the same location on my PC and the following web page now shows different information than in this clip:

Larry mentions that the systrace tool will be covered later on in this course. 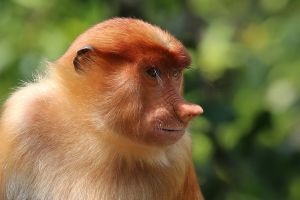 This is a monkey

Larry also explains the sqlite3 utility and the UI/Application Exerciser Monkey tool, a.k.a. the monkey tool

You can use the Monkey to stress-test applications that you are developing, in a random yet repeatable manner.

Despite the similar name, the monkeyrunner tool is not related to the monkey tool. Read more about this here

Finally, Larry describes zipalign, an archive alignment tool that you can read about here

For more information on all of the SDK Command Line tools see
http://developer.android.com/tools/help/index.html

The Android emulators are managed by the ABD manager.
http://developer.android.com/tools/devices/emulator.html

In order to get significantly better emulator performance on Intel chips, it is necessary to install Intel’s Hardware Accelerated Execution Manager (HAXM)

Modern Intel hardware includes virtualization technology, and this is what is used to accelerate the emulator.

This software can be installed on Windows, Mac OS X and Linux, and Larry provides more details on this.

Information on using Hardware Devices is available from Google here and information on the Google USB driver is here.

Larry shows you how to uncover the developer options easter egg on your Nexus, and then enable USB debugging.

Next he describes how to update your driver software on Windows.

After this is done, you should see Android Composite ADB Interface listed in your Device Manager.

Building and Debugging With Android Studio

Exploring Android Studio is the 4th course in the Android learning path, which is aimed for .NET developers who are looking to learn how to work with Android and develop apps for the platform.

If you want some additional UI features to go with Cordova, and especially if you already use Angular JS, you should check out Steve Michelotti’s course Building Mobile Apps with the Ionic Framework and Angular JS.

Larry keeps mentioning Gradle throughout the course. If like me, you don’t have any experience with Gradle, you could watch the last two modules of the course before some of the earlier ones.

Alternatively, you can watch Gradle Fundamentals by Kevin Jones

If you are interested in Customizing Gradle, Tim Berglund has produced a Play by Play