I saw a very popular tweet that did a Twitter poll in a different way saying “Fav for x, RT for y” 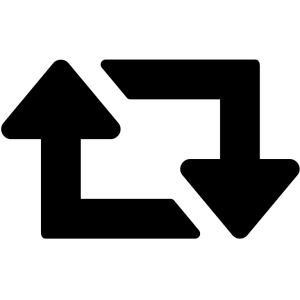 I wondered if this type of tactic leads to increased popularity or disaster? Will follower leave in droves, or would it get enough RTs to result in more followers?

Who knows? So I decided to do an experiment:

A few months ago, I did the same poll using a standard Twitter poll. It was very close, but React narrowly won. This time, Angular “won” by a landslide.

However this is entirely bad science: users are far more inclined to like rather than RT because RTs are far more visible than likes. There is both an upside and a potential downside to RTs, but little downside to just liking a tweet.

I wouldn’t say that the Twitter polls are scientifically perfect either, but at least there is less bias in those.

It seems to have lead to more, rather than less followers and a lot of engagement. Advantages over standard Twitter Polls are:

Advantages of standard Twitter polls over Like/RT style polls are:

So I reckon that Like/RT style polls could be an effective occasional tactic.

However I remain skeptical about it being an effective strategy, especially for aspiring outlier developers like myself who are interested in connecting with other aspiring outliers and top developers. The real value is the conversation not the vote. In order to learn we need to understand the context, and this is rarely the case in 140 character land.

At the moment, I am undecided on the whole Angular JS vs React JS vs other MV* frameworks subject.

I am not entirely convinced that any are needed, at least for many projects, where it’s not as heard to create your own framework as you might think. For example see Pete Smith’s Lifestyles of the rich and frameworkless – granted he doesn’t show how to build a full featured framework, but for many projects you don’t need very much.

But I have more to learn, and I believe that sometimes admitting that you don’t know enough to have a sure opinion is a sign of strength rather than weakness.

I have written up initial thoughts on Angular 2, but do not mistake me for an expert: I am learning more about it all the time (also I don’t need to be an expert to bring value anyone can teach)

However I aim to be able to give strong, concrete, and nuanced advice on all of this before but the end of the year.

Other Angular 2 and React articles

Building Applications with React and Redux in ES6