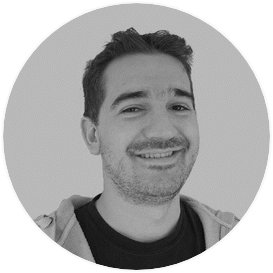 Welcome to Part 3 of this review of the new Pluralsight course Getting Started with Polymer.js by Bill Stavroulakis.

Bill is a Microsoft MVP, and the creator of Dotnetweekly. He started his career in Silicon Valley in 2006 developing Facebook applications with more than 6 million users. He then worked on the Ruby-on-Rails framework, implementing a back-end portal for a renowned educational institution in Greece. Nowadays, he focuses on the .NET platform and works with a start-up in the educational field called Drexnotes.

The DOM structure created by Polymer for its elements: plunk

This demo renders a component with a heading and 3 list items.

The code has an imperative script block and a declarative html block.

The script block can either be inside or outside the DOM module element.

Insertion points with the content element we we can decouple the content from the element’s code: plunk

The select attribute selector can be used to have different sections for different parts of our template.

Bill adds one of the template:

He applies the alert-data CSS class to our HTML elements and removes the ready function.

These content tags are also known as insertion points.

Polymer encapsulates elements through the use of the Shady DOM. plunk

In this lesson Bill discusses some of the scope problems in CSS and HTML that we must deal with.

The Shadow DOM is a new tool to deal with this problem, and Bill demonstrates it here.

The Shadow DOM polyfill is a poor mans Shadow DOM known as the Shady DOM, which limits scope based on CSS classes.

For an in depth look at the Shadow DOM see Cory House’s Pluralsight couse HTML5 Web Component Fundamentals. Or just learn the basics in 5 minutes.

In this lesson we see how to load an element into both the local DOM and the light DOM.

"Together, the light DOM and shadow DOM…" Are we coding #JavaScript or playing Zelda? https://t.co/cYfu3Mds4C pic.twitter.com/xQKU0lSw3X

Methods to access and edit the DOM tree plunk

This lesson looks at Polymer’s custom API for manipulating the DOM.

In this lesson we see how to use the appendChild, removeChild and unobserveNodes methods.

This lessons introduces both the /deep/ combinator and the ::shadow pseudo element

How to declare are reuse CSS properties plunk

CSS variables are a new Candidate Recommendation from the W3C.

In our alert-element.html ready function we add:

and in alert-element-wrapper.html we use getComputedStyleValue and pass “–primary-color” into it.

Custom Style is a special attribute that we can define in a style tag in our main document.

We can share styles in external stylesheets between elements.

In this lesson Bill creates external-shared-stuff.html which is a <dom-module> element

Files that want to use this style import this and also have a style include:

Setting up a theme for our Polymer applications plunk

Bill introduces us to http://www.materialpalette.com/ which automatically creates a palette of 8 colors based on just two colors that we select.

We can download a polymer custom style that is created for us on this website, saving us a lot of work.

Continue to the Final Part – Events and Behaviors