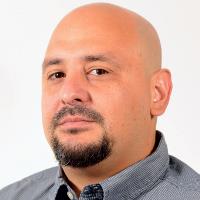 Welcome to this review of the Pluralsight course Using Git with a GUI by Xavier Morera.

He has spent a great deal of his career working on cutting-edge projects with a primary focus on .NET, Solr and occasionally iOS. He’s also a fellow Simple Programmer blogger.

Good Source control management is a key part of the success of any software project.
Git is arguably the most popular and powerful source code management system available today.

It is used both for open source projects and for Enterprise software.

The aim of this course is to make you proficient using Git with Atlassian SourceTree.

Part 2 – What You Need to Know About Git

Using Git with a GUI

Xavier says many developers consider Git to be hard. Partly because of how powerful it is.

Git was originally used directly from the command line.
Those who are used to working with an IDE tend to find this interface unfriendly.

Atlassian SourceTree provide a visual interface, and it helps developers who like working with an IDE to learn how to work with Git.

Xavier shows us the difference between using Git from the command line versus SourceTree, beginning with the latter.

We see the code changes are automatically detected and highlighted in green. It detects these changes as hunks.

There are many other ways to achieve this via the command line.

Doing the same operation with SourceTree takes 9 seconds, and half of this time was spent typing out the commit message.

Xavier describes and explains the following advantages of Git:

Let Me Tell You a Story About Branches

A sad story of branching problems in TFS involving chaos and debugging.
This could have been avoided using Git cherry pick.

Xavier also lists a selection of the many awesome products that are available on GitHub.
There are now over 10 million repositories on GitHub.

Why Is It Hard to Learn Git?

Xavier says source control systems such as SVN and TFS are simpler and easier to use.
Their simpler workflow has some downsides. They are not distributed.

In Git, there are more place where your code can exist, and new concepts to learn.

It works different internally, with snapshots instead of deltas, and is

https://xkcd.com/1597/
Scared yet? The good news is it isn’t as complicated as it sounds.

Demo: Improving Productivity with a GUI

This demonstration gives a brief overview of:

Xavier uses the analogy of Windows vs DOS to illustrate how much more beginner friendly Atlassian SourceTree is over the standard command line interface.

He gives an number of reasons why it is perfect for beginners, yet powerful enough for experts as well.

– Git is Great
– Widely Used
– It’s Hard
– We should minimize the Learning Curve
– Use Git with a GUI: Atlassian SourceTree

Continue to Part 2 – What you need to know about Git