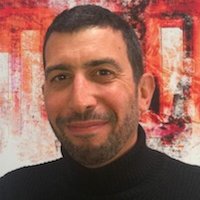 Paolo Perrotta can take you to Git mastery

Welcome to this review of the Pluralsight course “How Git Works” by Paolo Perrotta.

Paolo is a traveling coach and a software mentor. He wrote “Metaprogramming Ruby“, widely praised as one of the essential books on Ruby.

He has hundreds of articles, conference speeches and training deliveries under his belt, and he developed software in domains ranging from automotive to healthcare, large-scale web sites, and computer games.

Git Is Not What You Think

Paolo says that although this is an advanced Git course, it should also be accessible to most Git beginners.

If you are completely new to Git you might want to see Xavier Morera’s Using Git with a GUI course first.

We are going to learn about Git internals here.

Some of the most command git commands are:

Then there are lower level commands such as:

The main point that he makes is:

“If you want to master Git, don’t worry about learning the commands. Instead, learn the model.”

Git Is an Onion

Git is layered. We can’t understand it all at once, so we need to learn it layer by layer.

However this still involves a lot of different things. We can peel off one more layer, and what we have is a “Stupid Content Tracker“. This is actually Git’s own definition of itself in its documentation!

If we peel off one more layer we are left with a Persistent Map. It maps keys to values and stores them on your disk drive.

The values are any sequence of bytes. These bytes are encrypted using the SHA1 algorithm.

Paolo shows us the SHA1 hash of “Apple Pie” as an example.

You can see this value for yourself using these commands on a Mac:

Paolo says the commands are different on Windows, but what is important is the principles.

We see the resultant hashes are completely different whenever a single character changes.

Paolo explores how extremely unlikely it is for two separate objects to ever collide with each other.

We see the use of the high level command:

A .git directory is created in the current directory and this is where all the Git objects are stored.

We look inside this directory, inside the objects subdirectory and see another subdirectory called “23”. This is the first two digits of the SHA1 hash of the content that we just saved.

We see the remaining digits are found inside of this “23” folder.

We can also us -p to retrieve the original value of “Apple Pie”.

What we have seen is how a persistent map works.

Now that we understand the persistent map, we can build on this to learn the next layer: the Stupid Content Tracker.

In this lesson, Paolo uses a simple example: a cookbook with menus and recipes. And of course our first recipe will be the apple pie.

Once we have a git project, we can see the contents with the git status command. We add a file to the staging area with git add

Once our files are staged we can commit:

We can look at the commits with git log

Now all of this should be familiar to most Git users. But what has happened inside the .git directory?

The first line is “tree” followed by a SHA1 hash. Paolo explains this and uses cat-file on the SHA1 to view its contents.

We find the same SHA1 that we saw for the Apple Pie earlier.

Paolo illustrates the Object Database for us.

Paolo says now that we understand the object model, the versioning is simple to understand as well.

We add Cheesecake to our menu, staged the updated file and commit:

We can now use git log to see both commits.

If we use cat-file to see the contents of the second commit, we see that it shows the parent:

This is the SHA1 of our first commit. All commits, except for the first one, have a parent.

We also see that each commit has it’s own tree.

Our Git Object model now has 8 objects in total, and we can verify this with the following command:

Now storing complete copies of a new object when the changes are very small is not efficient. Sometimes Git will store only the differences to optimize disk space allocation.

But Paolo says those optimization details are not important and we should think in terms of the Git Object Model.

A tag is like a label for the current state of the project. There are two types:

Paolo shows us how to view the contents of this tag including its metadata.

We learn there are just 4 types of objects in Git:

What Git Really Is

Paolo explains that Git is a lot like a file system. This is what we mean when we say Git is a content tracker.

This next module will explain branches.